In Part Two of A Ginseng Rhizome Nexus have both uncovered an overview of Ginseng’s attractions and  sampled the definitely prolific local outpourings of crafty response to this allure that have percolated into the streams of life from all round about us here along the French Broad River. The present entry, meanwhile, takes us, via bureaucracy and biology, past the halfway point in this series.

As research proceeded to uncover more and more compelling wrinkles to this story, as if it were trying to mimic the apparently gentle and mundane mountains around Hot Springs that quickly reveal their tricky intricacy, what transpired was that even a rudimentary account absolutely required a wider context, a larger network of facts and assessment than a few paragraphs, a few hundred words, a few minutes of reading. ‘Sang’ was not merely an herb precious to hippies and ‘rednecks’ and scientists alike; its geography and biology made its evolution in some ways a outright global story of the coming of culture, the hope for potent happiness, and all sorts of sidetracks and anecdotes begged for inclusion in an account of this at first blush seemingly straightforward botanical phenomenon.

In the Western Hemisphere’s ginsenic outpourings, Madison County, in fact, more or less sits in the center of North America’s Ginseng Nation, as it were, with Hot Springs a convenient bullseye in the middle of all that. Whether one hikes toward Max Patch or the Firetower, heads toward Paint Creek’s myriad warrens or the more straightforward Laurel River Trail, or chooses any of the dozens of other access points to hiking and trekking at the center or which lies Hot Springs and through which runs the venerable Appalachian Trail itself, one will be quite likely to encounter Quinquefolias leaves, dripping their deeply-stained spruce-green foliation, at some stage of botanical development.

Before even contemplating harvesting or sampling nature’s wares, one might want to know what official rules say about human interaction with wild ginseng. All states restrict, and all but one prohibit, harvesting Quinquefolias from the public domain without a permit; taking these plants from private land in the Tarheel State can end up as felonious as stealing someone’s car, although outlaw interlopers correctly surmise that the loss of a purloined plant is less likely to be immediately noticeable than grand-theft auto.

Poaching has at times seemed epidemic, in any event. According to Suzy Khimm’s “China’s Gold Rush in the Hills of Appalachia,” opiate and amphetamine ‘epidemics’ contribute to over-harvesting, since desperate addicts in rural areas generally have enough sense about the ubiquitous woods in the region to find stands of ‘sang.’

One of her sources describes “the first rule” of becoming a ‘simulated wild’ grower: say nothing about it, unless thieves would be a welcome additional cost of doing business. Tony Hayes, meanwhile, a successful dealer with plenty of Asian contacts, hearkens back to past husbandry, suggesting an eminently democratic solution to the problem.

“Hayes thinks the government should distribute free seeds to law-abiding diggers to scatter during harvests, like the sang-hunters of yore used to do. ‘We had stewards for years,’ Hayes waxes nostalgically. ‘Like this guy,’ his son adds, pointing to a print hanging on the wall of their trading company’s warehouse, depicting an old-fashioned mountain man marveling at a ginseng plant in full bloom.”

Different variables come into play, as well, because of the multiple, overlapping jurisdictions and the variety of marketplaces in which a ‘sang-‘rebel might peddle the goods, as it were. The Convention on International Trade in Endangered Species of Wild Flora (CITES) makes uprooting wilderness stocks of Panax an international offense; CITES provides the basis for many Forest Service interventions in this arena.

In all these situations of statutory interpretations, with imputations of evil and criminality, the core questions, as in so much of contemporary life, are ones of ongoing viability, of ecologically sound and wholistic traditions and conventions, versus extractive plunder of the Earth’s blossoming goodness. In this way, elements of ethics and spiritual awareness intertwine with matters more mundane and prosaic, about bringing goods to market and making ends meet.

However such thoughts strike visitors, their realities literally show up in front of our faces during the walks on the wild side that we hold holy in coming here. ‘Sang’s’ brilliant red seedpods, the verdant quilt that a patch of ginseng weaves on the forest floor, these and other evidences of Panax appear in slightly different guises according to the season and these plant’s life cycle, which unfolds as might a Hot Springs village’s dynamic of birth and growth and decline, very differently in its various phases of germination, flowering, and fruition. 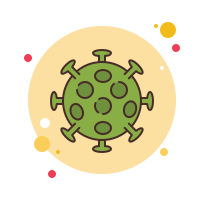