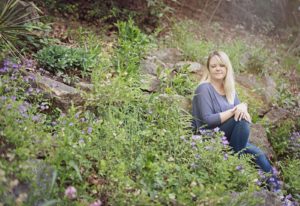 When young Byard Ray was all of seven years old growing up in the remote Madison County town of Revere, it’s said that he would sneak his mother’s fiddle away to learn how to “tease out a tune” while no one was looking. It should not have been a surprise when his mother and father who both played banjo and fiddle, sang, and told stories to find that they themselves had a little songbird on their hands. And so it should come as no surprise today to find that eight generations later, his granddaughter Donna Ray Norton, is carrying many of the same traditional ballad songs forward into the next generation at every coveted Bluff Mountain Music Festival in Hot Springs and on stages across the United States.

“My mom was constantly in the kitchen singing songs and when she wasn’t, we were going over to her cousin Sheila Kay Adam’s place where several others would be gathered around in the kitchen together singing,” Norton shared. “All of us kids were in the living room playing and listening as they went. Singing was just something that happens all the time, everyday. If it wasn’t someone singing, it was somebody picking, and usually both.”

The 40-year-old Sodom native laughs recalling early memories of growing up listening to Tupac, Nirvana, and No Doubt, speaking quietly from her car as her two-year-old sleeps in the backseat. “My generation could have cared less about ballad singing,” she said. And yet, the traditional ballads that filled her family’s home found her as she struggled to land on a theme for her senior project at Asheville High, a project that was meant to share something the student knew a lot about that others might not know about. “It was the one thing I knew better than anything– the music that has been an everyday part of my life.” 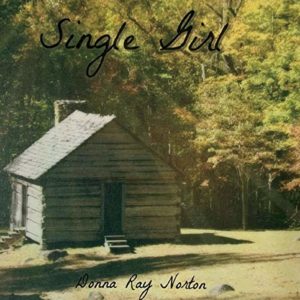 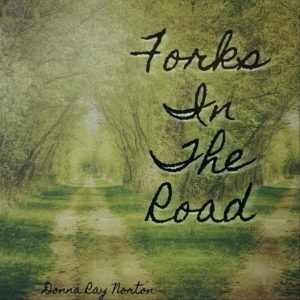 Since then Norton has recorded two albums with a third on the way. She has been featured on the Grammy-nominated compilation Big Bend Killing: The Appalachian Ballad Tradition, was featured at the 50th annual Smithsonian Folklife Festival in Washington, DC, and has performed at local festivals, including Hot Spring’s Bluff Mountain Music Festival, Mars Hill University Heritage Day, the Bascom Lamar Lunsford Festival, as well as the Berkeley Old Time Music Festival in California. “When I traveled over to California to sing out there, I thought, these people are going to think I’m crazy over here, but actually my grandfather had been out there and so they knew exactly who I was. They were in awe of the fact that I was his granddaughter. It was really cool to feel that, how well known he was so far from home.”

In 2005, Norton received the Bascom Lamar Lunsford Youth Award for Balladry. In 2020, she received a grant from the North Carolina Arts Council, which has allowed her to further what her mother was encouraging her to do before she passed away in the summer of 2021, which was to make an album. “If anything it’s just going to push me harder to continue singing that and make sure that people know about it and just really kind-of keep myself out there because I definitely want to keep this tradition alive for her,” she said quietly. “I know that’s what she would want.”

And keeping herself out there hasn’t been an easy feat in the face of a global pandemic. It was challenging to know what to do as someone whose craft involves being in public spaces, singing in small spaces, “ideally with audience response.” The mother of three said she’s taken a page from the student’s she now drives to Sodom to see her family’s roots as they learn the traditional ballad songs. “I learned to go virtual along with everyone else,” she shared. “I’m even looking into TikTok now as I’ve been told there are a number of Irish shanties and traditional songs being shared there.” And of course, when she’s not singing on stages or in workshops and private lessons, she’s singing to her children. “I sing to them all the time,” she says with a laugh. “If they’re having an emotional moment, I’ll start singing, let it gooooo, let it gooooo,” she sings as she would any ballad. “And they’re like, really mom, but It’s in my blood. It comes out in so many ways.”

This coming June, she will be performing alongside her cousin Melanie and Adams at the Old Songs Festival in New York. She’s also planning to return to Bluff Mountain Music Festival in Hot Springs as she has every year since its inception in June. Her third album, produced by accomplished Madison County musician and storyteller Josh Goforth, is expected to be released this summer. You can learn more about Donna Ray Norton and explore her music at donnaraynorton.com.